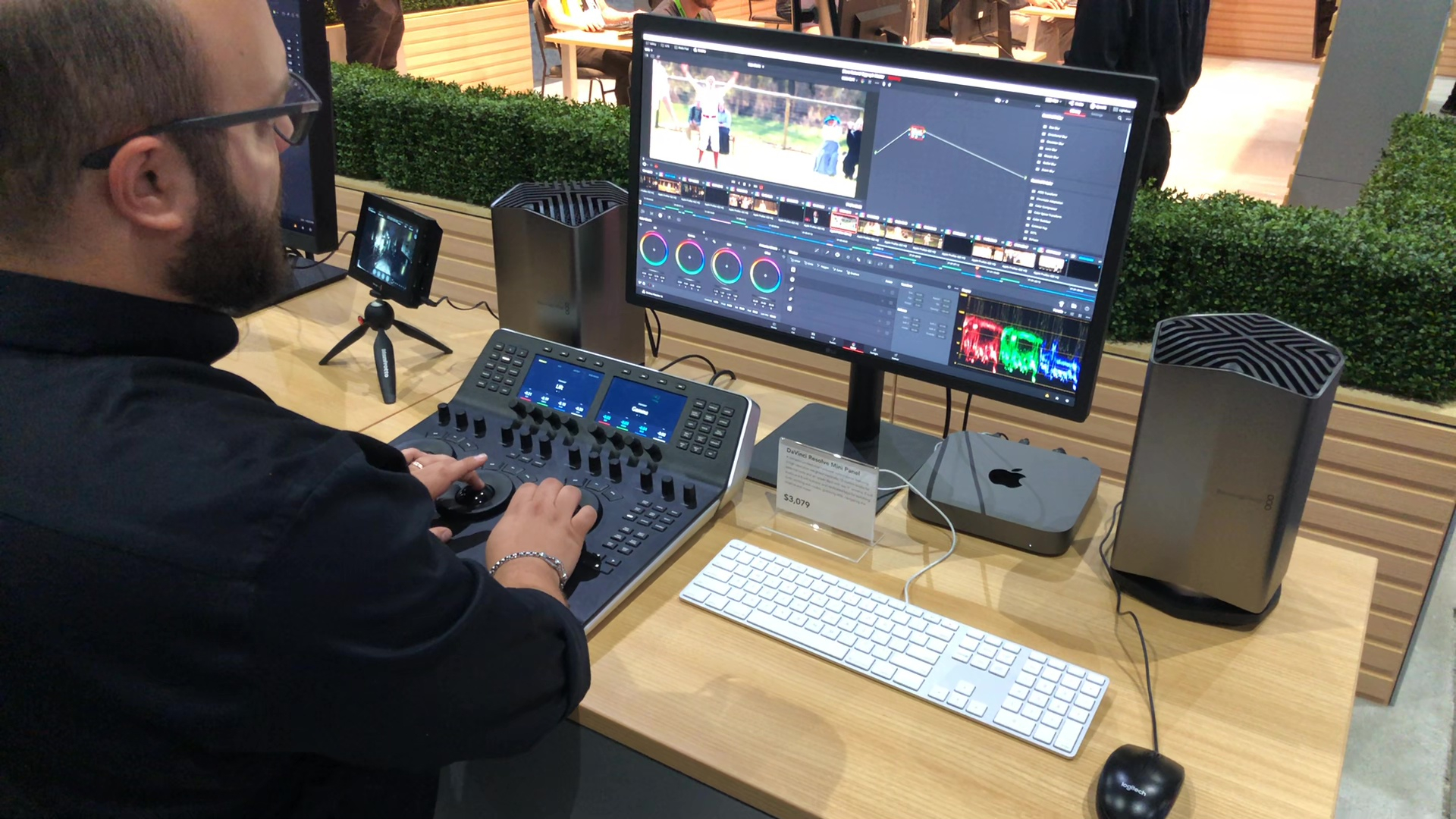 Blackmagic Design is one of the leading companies of creative video technology. We took advantage of their attendance at SIGGRAPH 2019 to take a look at their current product line.

3DVF : Fusion and Resolve 16 were unveiled a few months ago. What has been the response within the user community ?

Jason Druss – Product Specialist at Blackmagic design : At NAB 2019, we released Fusion 16 and DaVinci Resolve 16. The response from the community has been excellent. Users both existing and new have taken on to the software very well, and so much that we are already at public beta number 7. Throughout the beta process the feedback, bug reports and feature requests, received from the community, contributed heavily to development of the software. People are excited about the speed improvement with Fusion and Resolve. They are happy about the new tools utilizing our brand new DaVinci Resolve neural engine, which mixes deep learning and AI for the first time, within the software, the frame IO integration, the multiple timeline and frame rate resolutions within the same project.

3DVF : What are your strengths ?

Blackmagic Design : Fusion has been used in Hollywood for the better part of three decades. It has been known as a secret weapon of many 2D and 3D compositors as a way to efficiently composite different kinds of environments. Fusion has been popular for a long time and I think the existing Fusion users are excited about its integration in DaVinci Resolve, because it is getting more in development especially with Resolve’s GPU acceleration. That is one of the biggest improvements this year in Fusion with DaVinci Resolve 16. Overall Fusion has always been CPU accelerated and Resolve has been GPU accelerated. When we integrated Fusion into DaVinci Resolve, for the first time in version 15, there was a bit of clashing heads, because we had different technologies working in the same software. It took about a year, but we reached the point where Fusion is running 100% on Resolve’s GPU acceleration, which means the performance in the standalone Fusion 16 and performance of Fusion within Davinci Resolve, is faster than ever. Even on laptops users are going to get faster performance and that is what they are excited about this year.

3DVF : How does Fusion fit in the current market ?

Blackmagic Design : Fusion is for everyone whether you are using standalone Fusion 16 or Fusion within Davinci Resolve. Whether you want to make something simple, intricate 3D motion graphics, or whether you want to do clone out, replace logos, or advanced 2D or 3D compositing using the particle generators and other systems.

3DVF : For Fusion 16, Blackmagic focused heavily on performance with additional GPU acceleration. From a development point of view, how did you manage this aspect of the update?

Fusion 16 and inside Davinci Resolve 16, has accelerated GPU performance, which happened over many years of intense collaboration and development from the DaVinci Resolve and Fusion teams working together to make Fusion become GPU accelerated. It is hard work from our teams and we can be proud of the end result, because users are enjoying.

3DVF : NVIDIA’s latest GPUs feature the RTX Technology. Have you been looking into this, and how would it be used within Resolve / Fusion?

3DVF : Can you tell us more about the eGPUs ?

BlackMagic Design : For Mac users who have Thunderbolt 3 and want more firepower, whether it being on a Mac Mini or Macbook Pro, we have the Blackmagic eGPU and eGPU Pro. The eGPU utilizing an AMD Radeon Pro 580 graphics card and eGPU Pro utilizing an AMD Radeon RX Vega 56 graphics card. Users are able to connect Thunderbolt 3 from the eGPU to the laptop or to the Mac Mini or iMac and get increased GPU power utilized across the entire Mac OS platform, especially when used within DaVinci Resolve. The user is able to offset the GPU performance from the computer onto these eGPU towers, and the best part is, if you have a Mac with two Thunderbolt buses, eg Macbook Mini or Macbook Pro, you can actually use two of them at the same, but one on each Thunderbolt 3 Bus. That means an optimization up to 16 GB of GPU memory utilization to make a powerful and mobile workstation.

3DVF : Your company ties closely software and hardware. Could you tell us about this ecosystem ?

Blackmagic Design : DaVinci Resolve and our hardware have a very close relationship. If you want proper broadcast quality input/output, and therefore if you want to monitor the footage you’re editing, color grading and compositing, you can get one of our Decklink cards, our UltraStudio products… Additionally, if you are color correcting and working with mouse and keyboard it is worth looking into the micro or the mini panels. Those panels are able to accelerate the time spent color grading and give accurate, subtle tools, such as soft buttons, soft knobs with 4096 steps per rotation return and push to reset and high resolutions trackballs and trackweels weighted for better, faster and comprehensive color correction. They are made in style quality and feel to the touch to emulate the advanced panel. The micro panel provides primary color correction tools and the mini panel gives access to all of the color correction tools within DaVinci Resolve, including tools like qualifiers, curves, power windows and noise reduction.

To know more about Blackmagic Design

SIGGRAPH 2019 : the future of 3D assets marketplaces according to TurboSquid

SIGGRAPH 2019 : Cascadeur – are physics and deep learning the next step in character animation ?