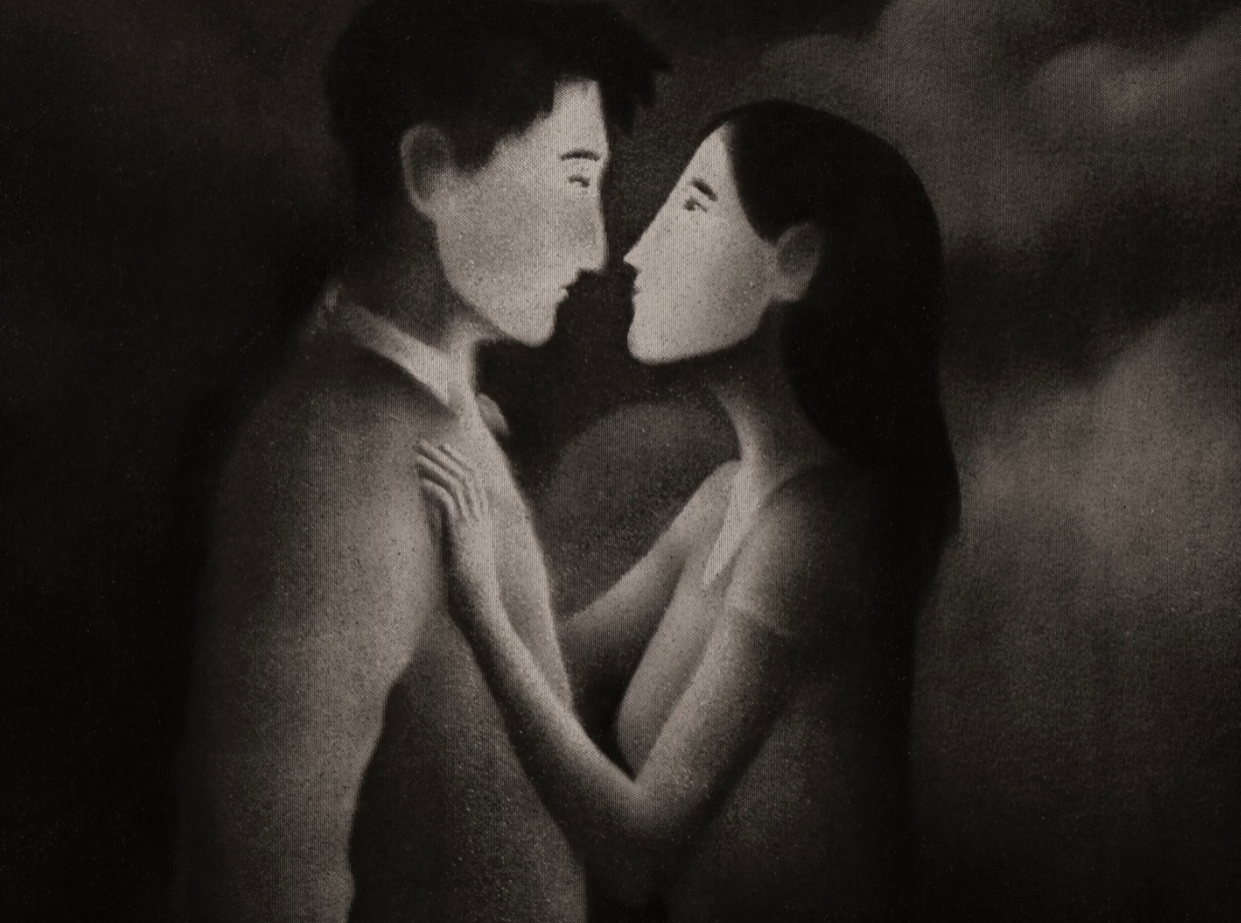 Discover Embraced (Etreintes in French), a short film by Justine Vuylsteker. Created back in 2018, the short film is finally available online. Embraced relies upon an unusual and little known animation technique: pinscreen animation.

Back in 1932, Alexandre Alexeieff (1901-1982) and Claire Parker (1906-1981) created pinscreen animation while trying to create animations that would look like engravings. To achieve this effect, they invented a novel approach: a white screen perforated with thousands of holes, and a movable pin in each hole. When lit from the side, the pins cast tiny shadows on the screen, creating a picture. The shadow gets darker if the pins are pushed out (thus casting a bigger, darker shadow), and brighter if the pins are pushed in. Pushing the pins in and out can be done by using various tools on each side of the screen. The animation process is similar to stop-motion animation: the animator creates a picture on the screen then takes a picture, creates a new picture on the screen (or alters the existing one), another picture is taken, and so on. Pinscreen animation has a very unique look: grainy pictures with small irregularities, reminiscent of sand animation.

This technique was almost forgotten but it came back to life thanks in part to the CNC (Centre national du cinéma et de l’image animée), an agency of the French Ministry of Culture focused on cinematic and audiovisual arts. Since 2012, the CNC has been restoring old pinscreens: creating new pinscreen is a daunting task, and the lack of pinscreens is therefore the main hurdle preventing artists to use pinscreen animation. The CNC then launched workshops to let artists use these pinscreens, then launched artist residencies in 2015. Justine Vuylsteker joined this initiative and created Embraced on the Epinette, a pinscreen created by Alexeieff and Parker featuring 270.000 pins.

This is how Embraced was born. The short film is produced by Offshore, NFB and Pictanovo.

A woman stands still at the window. In the clouds, a passionate embrace appears.

Justine Vuylsteker relied on the unique look and feel of pinscreen animation, for example to create drops of water and mist.

She also clearly worked a lot on the framing of each shot, and did not hesitate to place her characters at the edge of the frame when needed.

For more information about Justine Vuylsteker, you can check out her website.

For more information about pinscreen animation, here is a Norman McLaren documentary released in 1973 and uploaded on Youtube by the National Film Board of Canada. It features Alexandre Alexeieff and Claire Parker: they demonstrate the pinscreen technique and share, explore the effects that can be achieved.

If you can read French, you can also check out this interview we published back in 2019 about Alexandre Noyer, who creates new pinscreens. The article also features various short films and visual experiments made using pinscreens. You can also get in touch with him on Facebook and LinkedIn: he sells and rents pinscreens with 100 000 pins. 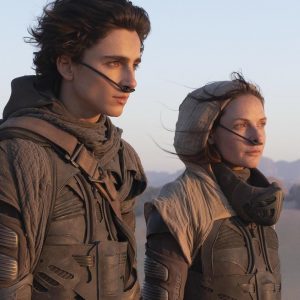 A deep dive into the VFX of Dune, by DNEG 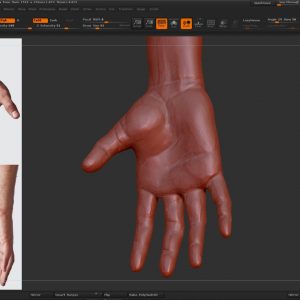 Learn ZBrush from scratch for free, with Isaac Oster

The Animation Showcase unveils their 2022 Best Shorts Collection – watch them for free!

Arcane: how does it feel to work on a major hit series?

The Journey: Gilles Deschaud pays tribute to the zoetrope

DNEG to expand in Canada: 500 new jobs to be created