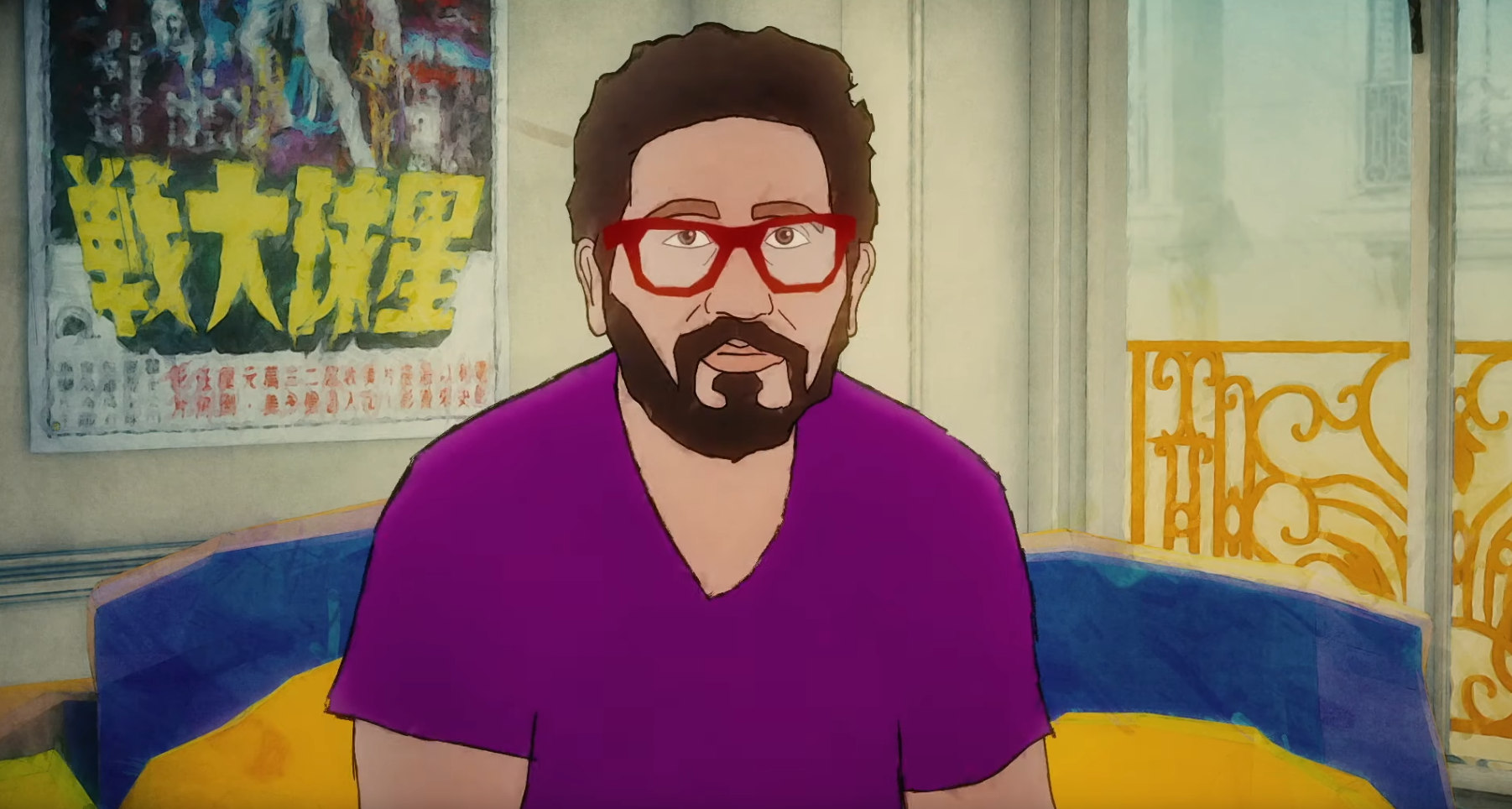 Accueil » 5 years after the war: growing up between an Iraqi father and a Jewish mother

Discover 5 years after the war, a touching and funny animated short film by Samuel Albaric and Martin Wiklund, Ulysse Lefort (aka Quart Avant Poing). At first glance, the story might seeem quite simple:  5 years after filming the first time his cousin Tim met his Iraqi father, Samuel Albaric wanted to tell the story of their encounter.

Behind this pitch is the complex story of a child trying to find his place in the world, growing up “between an absent Iraqi father and a pervasive Jewish mother, Tossed around by the great upheavals of the modern times.”

Samuel Albaric, Martin Wiklund, and Ulysse Lefort created a beautiful piece of art where two visual styles collide: the first one grounded in the real world, with rotoscope animation and a French apartment, the other very fluid and surreal, with onirical sequences and a camera free to wander everywhere. Popular culture references are included: you will recognize most of them at first glance. For our non-French readers, “Rabbi Jacob” and  refer to The Mad Adventures of Rabbi Jacob, a very popular French movie from 1973 directed by Gérard Oury. The plot revolves around a bigoted businessman (played by Louis de Funès) and a kidnapped revolutionist from the Middle East (Claude Giraud as as Mohamed Larbi Slimane). Both of them disguise themselves as rabbis (Rabbi Jacob and Rabbi Zeligman) to escape from assassins.

For more information, you can also check out this interview with two of the three directors:

An art heist at the Louvre (animated short film)