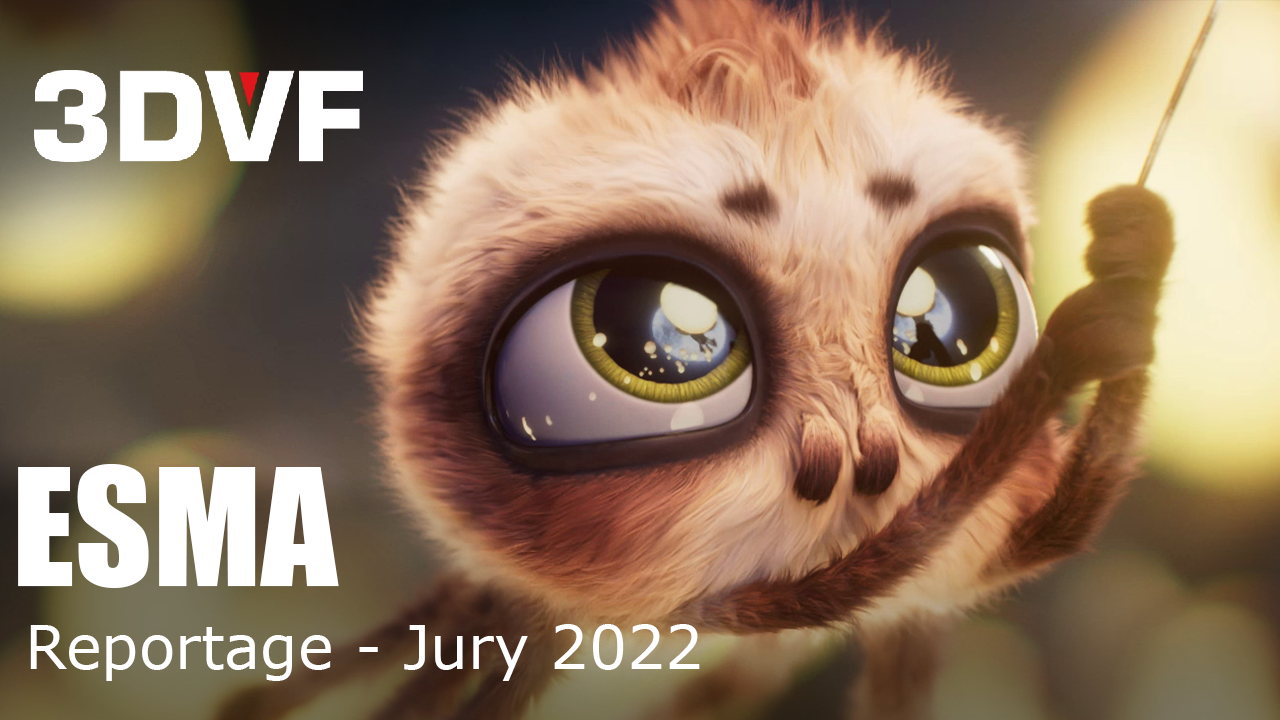 Every year at French CG & VFX school ESMA, a graduation ceremony takes place. Students teams from each campus showcase their thesis short films to studios from all over the world, as well as their families, teachers… And to 3DVF!

We took this opportunity to give you a better idea of why sutdios hire them such as Fortiche (Arcane), TeamTO (Jade Armor, Gus…), In Efecto Atlantis (Tara Duncan). We also interviewed the ESMA team.

You will also meet some of the students: they tell us about their experience at ESMA 2022, and tell us a little bit about their short films.
We can’t show the full shorts, since they’re going to be screened in festivals around the world for a few months.
However, we managed to include some exclusive shots!

Huge thanks to everyone we interviewed:

Merry Big Mess: thanks to this animated short film, Christmas isn’t over yet!