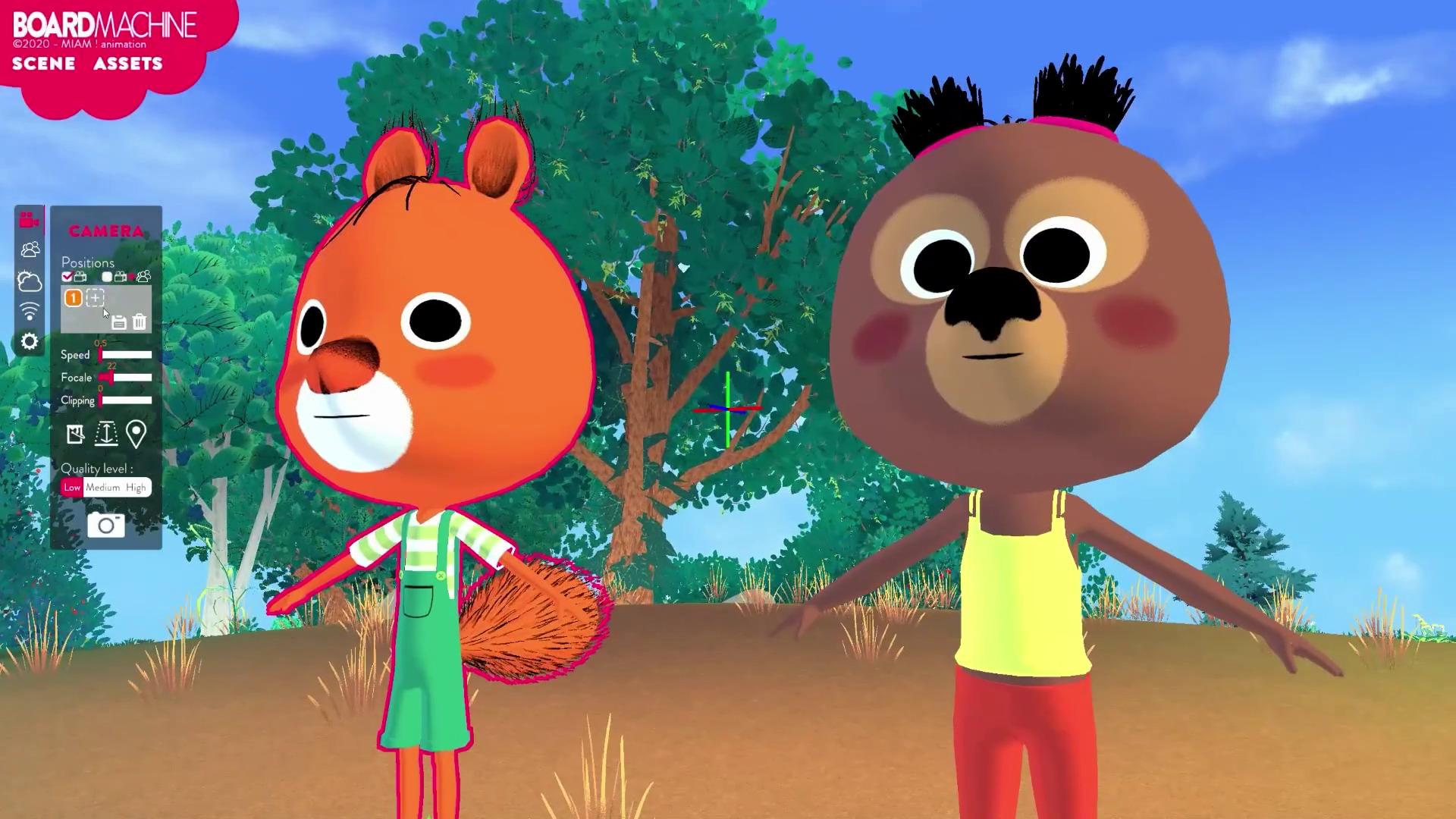 As Miam! Animation explained us, BOARDMACHINE is a standalone 3D real-time tool: no need for artists to have any knowledge of engines such as Unity, Unreal. They can access all the assets from the TV show, and the tool was created to be as simple as possible. This way, story artists, who work for various studios, don’t have to face a steep learning curve.

Director Francois Narboux gave additional details during a conference back in november. He discussed the whole pipeline and how real-time 3D impacts the way artists work, as well as helps . The conference is in French, however.

Other studios (Jungler, Artefacts) also worked on the show.

If you are in France, the show can be watched over on France TV.

A VFX breakdown for Andor, by Hybride