The mocap suit enables anyone to animate characters in real-time, at studio quality, via simple wifi connection to their computer, running Rokoko Studio.  Creators can record, clean and edit the data in seconds and stream it live to dozens of tools including Unreal, Unity, Blender, Maya and iClone for instantaneous feedback.

Rokoko is located in the heart of Copenhagen, with branches in Athens and San Francisco. Its CEO, Jakob Balslev opened the doors of the headquarters and gave us an overview of the new product and his vision of motion capture.

Upgrades based on the community

Over the years, components used not only in motion capture, but also in smartphone technology have improved significantly.  Rokoko realised there was an opportunity to raise the quality of their product.  With the support of their community, comprising more than 30,000 members worldwide, the team started to collect feedback, to develop the Smartsuit Pro II.

“This update is 100% community based; with so many users we do not have to guess anymore; we know what they want.

The first Smartsuit Pro was designed for ‘us’.  Asking ourselves, ‘What do they need?’, we then invented a product based on our ideas.

This time, it has been the opposite: it was our turn to ask, ‘What do they need?  What are their problems?’  Thus, we have been able to solve the four most important needs we heard about:“

–Ready for elevation tracking: ability to track elevation movement on stairs, ladders and along the Y-axis.

-Optimisation for high impact use so punching, fighting and falling do not compromise data quality.  “The high impact with our first suit could exaggerate the movement because 8G force was not enough and you would lose data.  We have doubled it.  If you punch, you will not over exaggerate the sensors; you will give clean data from punches, kicks, everything with force,” says Jakob.

-Better locomotion accuracy over time, catering for a significant reduction in drift, meaning more reliable and longer streaming times.  “The drift is a change.  The components are so much better; we get way less incurrence over time.  So you can record for longer without having any drift.”

-Native integration into the Rokoko Smartgloves means only one portable USB-C battery is required to power your entire motion capture system. Jakob explains: “So far you have needed a battery for each glove and another for the suit.  Now we can get a battery powering both the gloves and the suit at the same time.  The Smartgloves remain the same, but if you order the suit, you will have a cable that plugs into the gloves.”

Pre-orders will start from this Wednesday, October 27th,  and shipped on a first-come-first-served basis.  Shipping will begin in January.

More informations about the Smartsuit pro II on this link.

Internet creators at the centre of Rokoko’s strategy

More than 50% of Rokoko’s users come from North America. “We haven’t done anything specific in the US that we haven’t done in Europe. It is a kind of mentality over there; you are more likely to be independent and do it your way; they have been really quick to adopt our tools”, says Jakob.

It seems the secret remains in the facility to use the suit, and the system can run from home. All these factors allowed Rokoko to get a massive growth during the pandemic, opening new doors for them among independent, “indie”, creators.

“We have been able to build a tool that could be used from home; suddenly everyone had been forced to do that,” says Jakob.  “A lot of people work as freelancers, building their own studios at home, creating content and putting it on social media to communicate with their followers.  Some even get sponsorship!  It takes no time to do something; they get an idea, they create, they publish.”

Internet creators are now the main interest for Rokoko. “That is the trend I am most excited about.  As independent creators get an idea, they can materialise it here and now.  They don’t have time to go to the studio, they don’t have time to book an actor, they just want to create.  That is spontaneous use that no other motion capture system can provide.  If you have to calibrate the whole studio set up for hours, the inspiration is gone”, says Jakob.

The spectacular growth of Rokoko has attracted interest from major companies over the past few years, but loyal to his community, convictions and investors, Jakob wishes his company to remain Danish.

“I would like to stay independent; I don’t want to let our community down. Right now, we have the software tools, the animation tools and the hardware.  There is a great synergy between those and the investors.

I would like to remain a Danish company for now.  I would like to keep our strong links and values here.  The partners we have in Denmark are reliable, well-connected and respected.”

Jakob Balslev pointed out that the achievement of the Smartsuit Pro II is the result of a team effort.  “One of the reasons we are succeeding is because we are a good team.  The beauty of this is all the elements coming together.  That is what is so exciting about animation.  We are a whole community supporting each other”, he concluded. 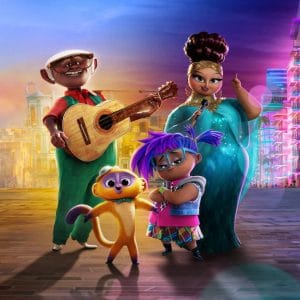 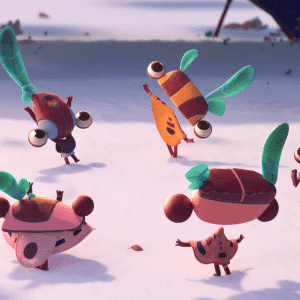 Interview: The Source of The Mountains, an Oscar-worthy French short film