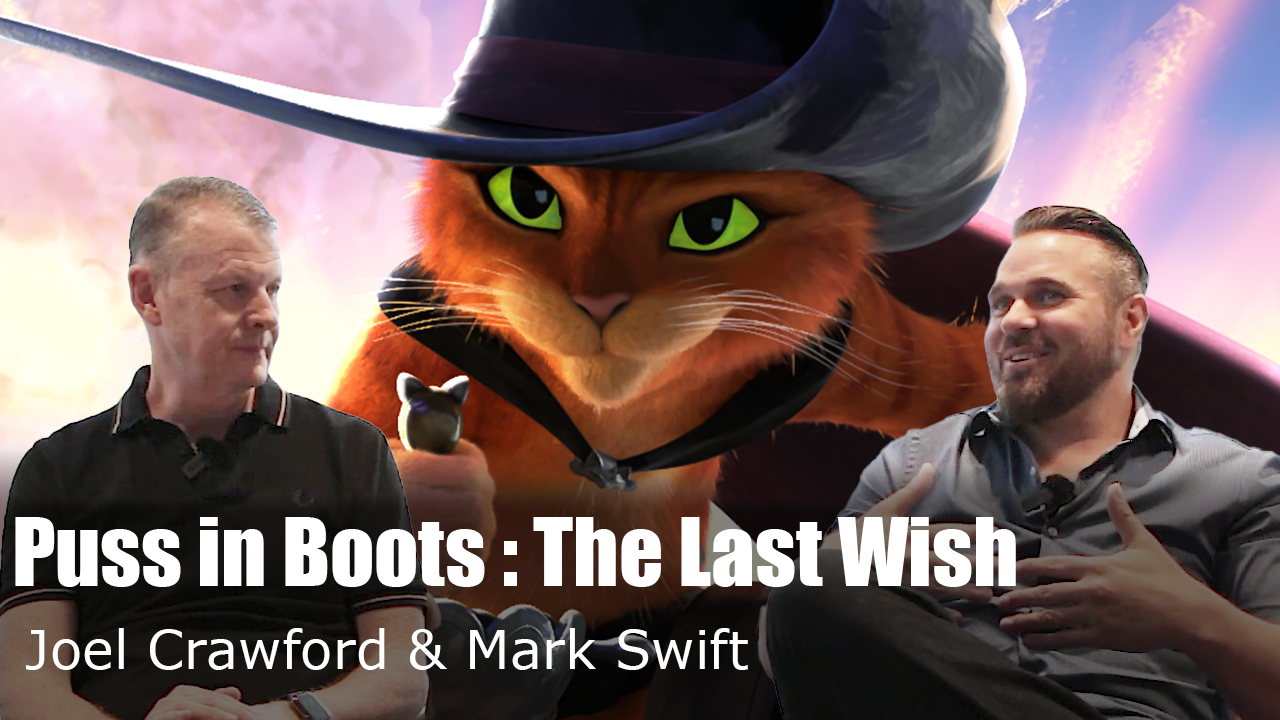 Accueil » Puss in Boots: The Last Wish – our video interview of the director & producer!

Puss in Boots: The Last Wish hits the theaters this Christmas. Here is our video interview of director Joel Crawford & producer Mark Swift!

More than 10 years after the first movie came out, this sequel drops the realistic rendering and goes stylized. Bad Guys fro DreamWorks, Spider-Man: Into the Spider Verrse, Arcane…Stylized rendering is definitely a huge trend in animation.

We asked Joel Crawford & Mark Swift about this choice. They also explained us as how the artists within the studio react to this shift. Also in this video: the mix of step & spline animation, and how the animation department approached these techniques.

Director Joel Crawford & producer Mark Swift also discuss the character design of Goldilocks and the Three Bears, the Wolf. They tell us about some references used during the production (spaghetti western & samurai movies). Around the 12’45” mark until the end, a minor spoiler: they tell us about a striking scene that you will definitely notice when watching the movie!

Puss in Boots: The Last Wish hits the US theaters this Christmas.

Maronii : an ARTFX short film in the rivers of French Guiana

Quit Smoking: a young woman wants to drive her parents crazy in this animated short film

Dive into the visual world of Mauro Carraro