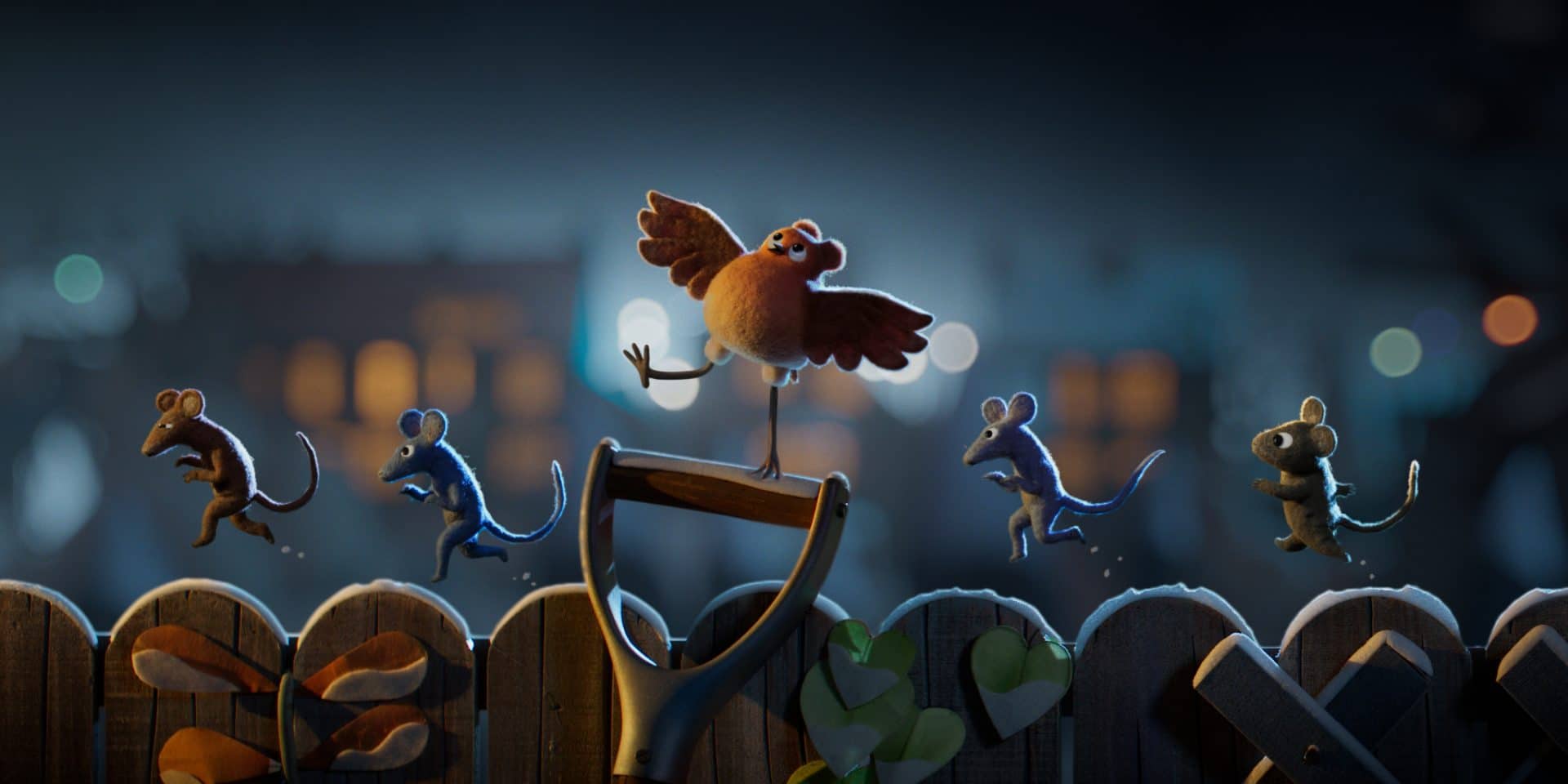 When her egg fortuitously rolls into a rubbish dump, Robin is raised by a loving family of mice. As she grows up, her differences become more apparent. Robin sets off on the heist to end all heists to prove to her family that she can be a really good mouse – but ends up discovering who she really is.

The 30-minutes special is directed by Dan Ojari (Slow Derek) and Mikey Please (The Eagleman Stag). Animated by Aardman Animation Studios, and with music & songs by The Bookshop Band, Robin Robin will feature the voices of Gillian Anderson (The Crown), Richard E. Grant (Can You Ever Forgive Me?), Bronte Carmichael (Christopher Robin) and Adeel Akhtar (Enola Holmes).

Robin Robin will come to Netflix on November 27th.

Biolum, a lovecraftian VR experience in the deep sea (NewImages/XR3/Annecy)

HALOT-ONE: “Dark horse” of High Precision and High Cost-performance in 2021

Biolum, a lovecraftian VR experience in the deep sea (NewImages/XR3/Annecy)