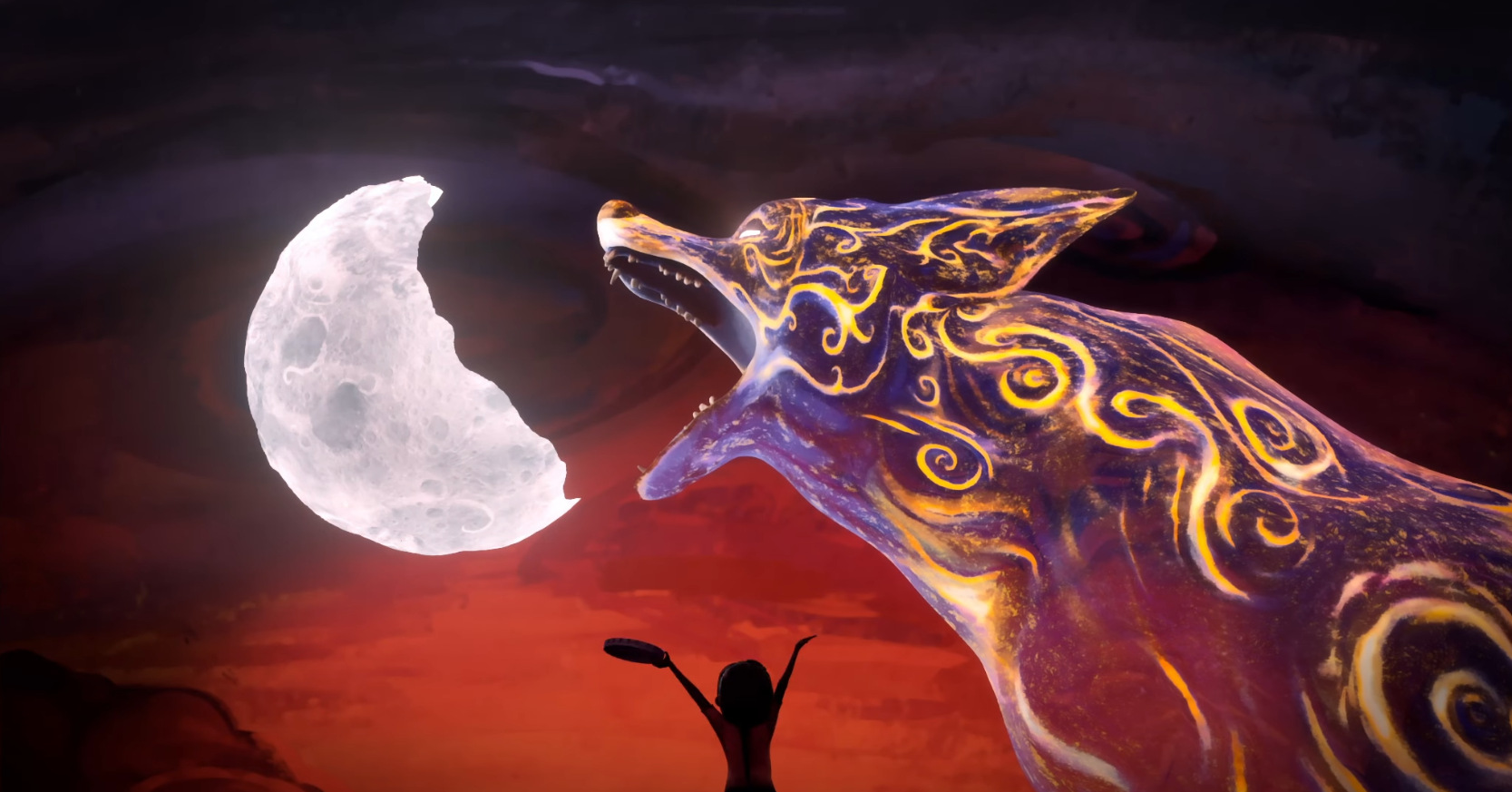 Noah, a young Native American woman, forms a close friendship with a puppy named Taiga who has fallen from the moon. As the young woman becomes more and more fascinated with the moon, Taiga becomes jealous, to the point of wanting to devour everything.

This short film was created using Unreal Engine (as well as Nuke). This is an interesting choice, since artists with some Unreal Engine experience are sought after by studios.

This ARTFX short film created using Unreal Engine is inspired by The Tiangou: according to this chinese legend, a dog eats the sun or the moon during an eclipse.
Un the making-of video, the team explains that they were inspired by impressionist paintings: they wanted to create a painterly style for their short. Of course, this had an impact on every step of the production. For example, they had to avoid small details on the assets, because these would have been smudged during the rendering and post-processing steps.

As explained above, the team relied on Unreal Engine to render their short film. Layers around the characters were added to break the edges and to get a more stylized render. The making-of video also explains how the FX were created (lots of particles were involved), how the team created the environments, how the characters were rigged. Last, but not least, reference videos were used to help animate the dog and the girl.

Morte Nera: A cure for evil, no matter what