During the PIDS 2022 Conference, which took place last week, French VR studio BackLight explained how they created their latest big project: Le Bal de Paris. A VR experience at the crossroads of dance and motion capture (with a dozen people tracked at the same time), featuring a beautiful artistic direction.

Here is the trailer for the experience, followed by the behind-the-scenes.

Blanca Li: from dance to VR

The genesis of this VR experience began when BackLight met Blanca Li. This choreographer, film director, dancer and actress is known for her wide range of artistic projects, from operas to music videos, hip hop musicals, feature films, fashion shows. Blanca Li had experienced Eclipse, a VR escape game by BackLight and Virtual Adventure. This experience features full body awareness: in other words, thanks to Vive tracker worn by the participants, the movements of their body and limbs are reproduced in VR by their avatars. During the experience, Blanca Li didn’t really follow the end goal of the game. Instead, she played with the full body awareness feature and danced with her friends.

A VR concept focused on a dance performance quickly followed.

Le Bal de Paris is the end result of this idea. The VR experience follows an impossible love story. At the beginning of the VR experience, the participants create their own avatars, with a stylized head reminiscent of venetian masks and a low-poly look (which also allows the experience to run more smoothly). The participants can also choose the color of their skin, their gender and clothes. These were created thanks to a partnership with Chanel. The well-known brand even created masculine outfits, even though Chanel only sells women clothes. Since Blanca Li wanted to provide an inclusive experience, the participants are free to choose any combination they want: for example, a masculine avatar wearing feminine clothes.

It should be noted that BackLight chose to use real-time cloth simulation. This is a bold choice given the fact that it needs to be optimized so that the experience runs smoothly. Moreover, cloth sim also adds a few constraints (Chanel had to avoid adding too many layers of cloth, in order to avoid collision issues). However, the end result is well worth the hassle: cloth sim improves the realism of the experience. It also becomes a game within the game, since participants love to play with their clothes and watch them move as they dance.

BackLight also used “plane shifting”, a feature often found in their VR experiences. No VR teleportation is used during the experience: this way the VR world seems more grounded, and the participants have the feeling they were free to move wherever they wanted to. To achieve this effect in a small 33 feet x 33 feet area, BackLight used a few tricks such as a a train car which brings the participants from one place to another. Moreover, BackLight bent the rules of physics: when the participants enter a labyrinth, it changes as they move forward.

BackLight also explained that the environments were created in VR, with tools such as Gravity Sketch or Medium. Compared to a traditional workflow and a non-immersive viewport, this allowed the artists to ensure from the start that every point of view would have visually appealing elements.

Le bal de Paris is quite a challenge from a technical standpoint, since the bodies of 10 participants and 2 performers/dancers must be tracked at the same time, while they walk, move and dance in a 33 feet x 33 feet area.

Of course, traditional motion capture with markers and cameras was out of the question: the setup and calibration process would have been too time-consuming. Such a tedious process is out of the question when it comes to VR experiences, since you need to be able to quickly switch from one group of participants to the next. BackLight chose to use the same technique successfully used for Eclipse: Vive trackers and automatic calibration. Backlick acknowledges that the tracking is less precise using this approach than with traditional motion capture, and there is a margin of error (a few inches). To take this into account, the performers/dancers don’t wear any VR headset: this way they are not hinderer by this issue, and they can, for example, hold hands with the participants.

One last technical detail: the VR experience runs both on a dedicated server (which handles the tracking/motion capture) and on VR backpacks equipped with GTX 1070 graphics cards.

It seems that Le Bal de Paris is well received: more than 14.000 people attended a performance between October 2021 and January 2022 in Paris. A world tour is planned: after Madrid, Paris, Liege, you’ll be able to experience the show in London, New York, Athens, Luxemburg and Barcelona.

At the moment, you can book your seat in Paris at the Théâtre Le Palace, until February 13. The whole show is about 75 minutes long, including 35 minutes in the VR world. A ticket will cost you about 60-70€.

With the support and participation from 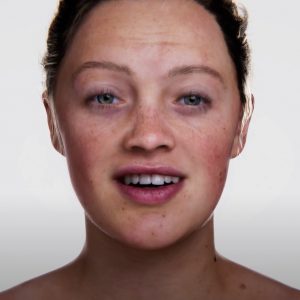 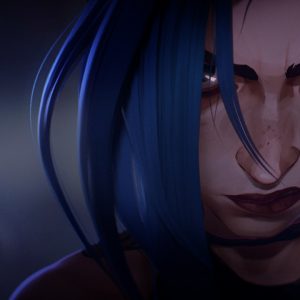 Arcane: how does it feel to work on a major hit series?

In The Doorway: in the 50s, a torn couple