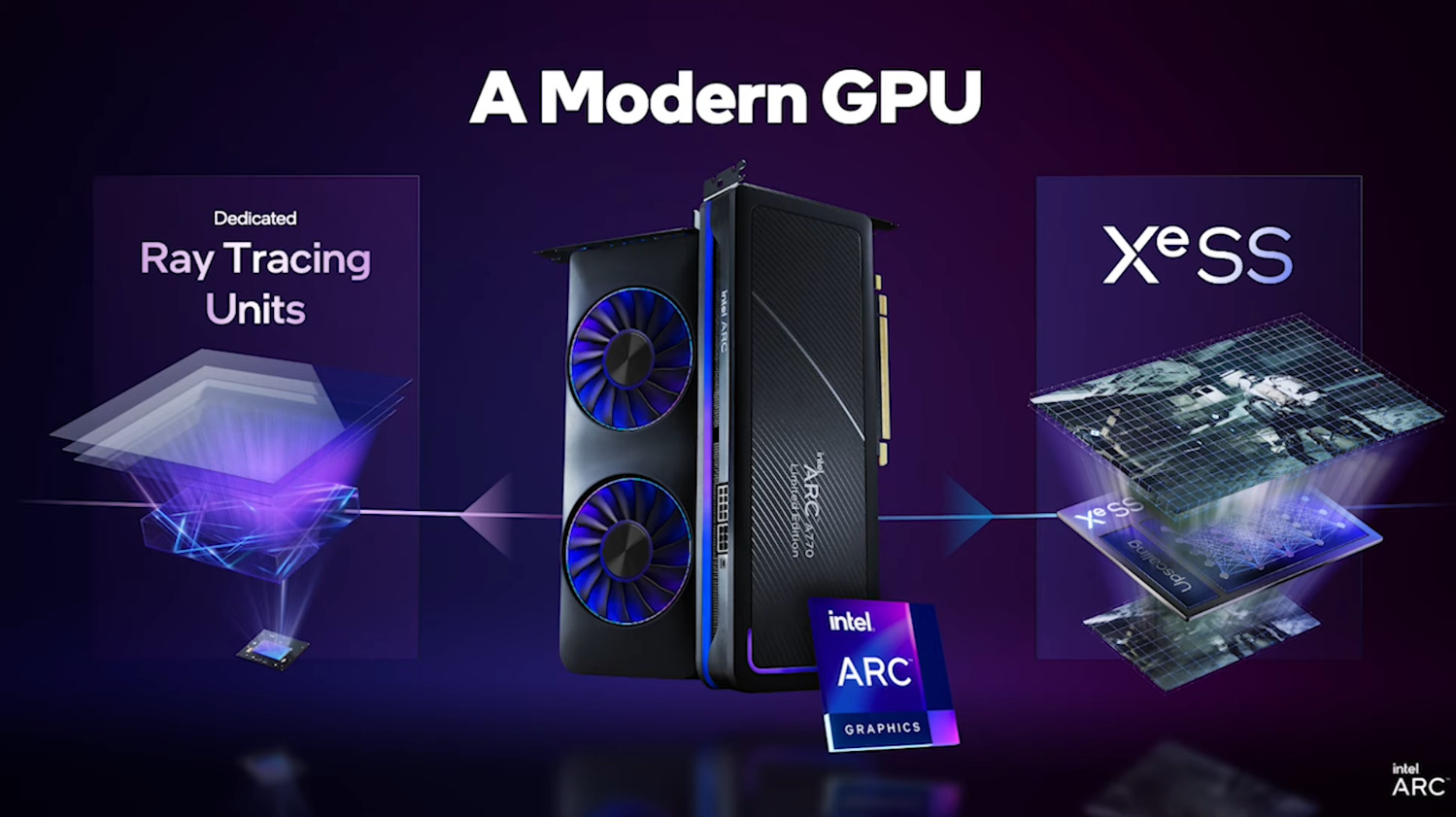 Will this announcement have a big impact on the GPU market? What about animation/VFX studios and artists? Here’s what you must know about these new products.

Intel goes head to head with the RTX 3060

Intel announced three products: Intel Arc A750 and A770, the latter being more powerful and sold with either 8 or 16GB of memory.

Here are the specs:

Intel unveiled a few performance comparisons. The main idea: their new GPU have a better performance/price ratio than the GeForce RTX 3060.

Of course, we will have to wait until the official release (the A770 will be released October 12 2022) to get independent benchmarks.

Upscaling technologies have become an essential tool to improve the performance of modern GPUs. NVIDIA, for example recently announced DLSS 3.0, the latest upgrade to their own upscaling technology.

This is why Intel announced XeSS, which relies on the same principle as DLSS or FSR: a real-time scene is rendered at low resolution then upscaled using dedicated algorithms.

It should be noted that XeSS will be compatible with both NVIDIA and AMD GPUs, which could make it appealing to game developers.

What about animation & VFX?

Can Intel convince CG/animation/VFX studios and artists to buy their GPUs? A few big obstacles are in the way. There is a wide support for NVIDIA GPUs thanks in part to their CUDA technology, and NVIDIA also provides dedicated Studio Driver for creators. Furthermore, Intel’s new products will compete with the RTX 3060. In other words, they are not high-end GPUs.

That being said, it is quite clear that Intel is interested in this market. For example, they highlighted the fact that Blender 3.3 adds Intel GPU hardware support for the Cycles renderer.

Intel also pushed their ARC GPUs, amongst other technologies, at SIGGRAPH 2022.

In order to really step foot in this market, Intel will have to work on a few key elements:

These challenges won’t be easy to overcome. Time will tell if Intel can do it: we will of course follow very closely their upcoming announcements. 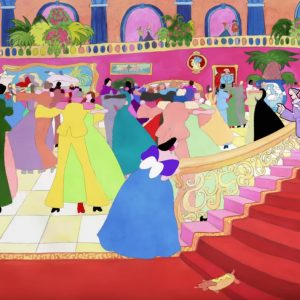 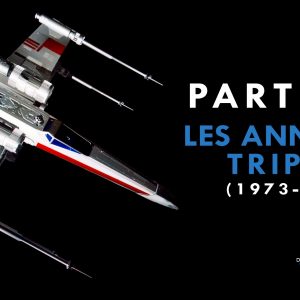 GTC: you won’t want to miss these free sessions on USD, Omniverse, AI and more