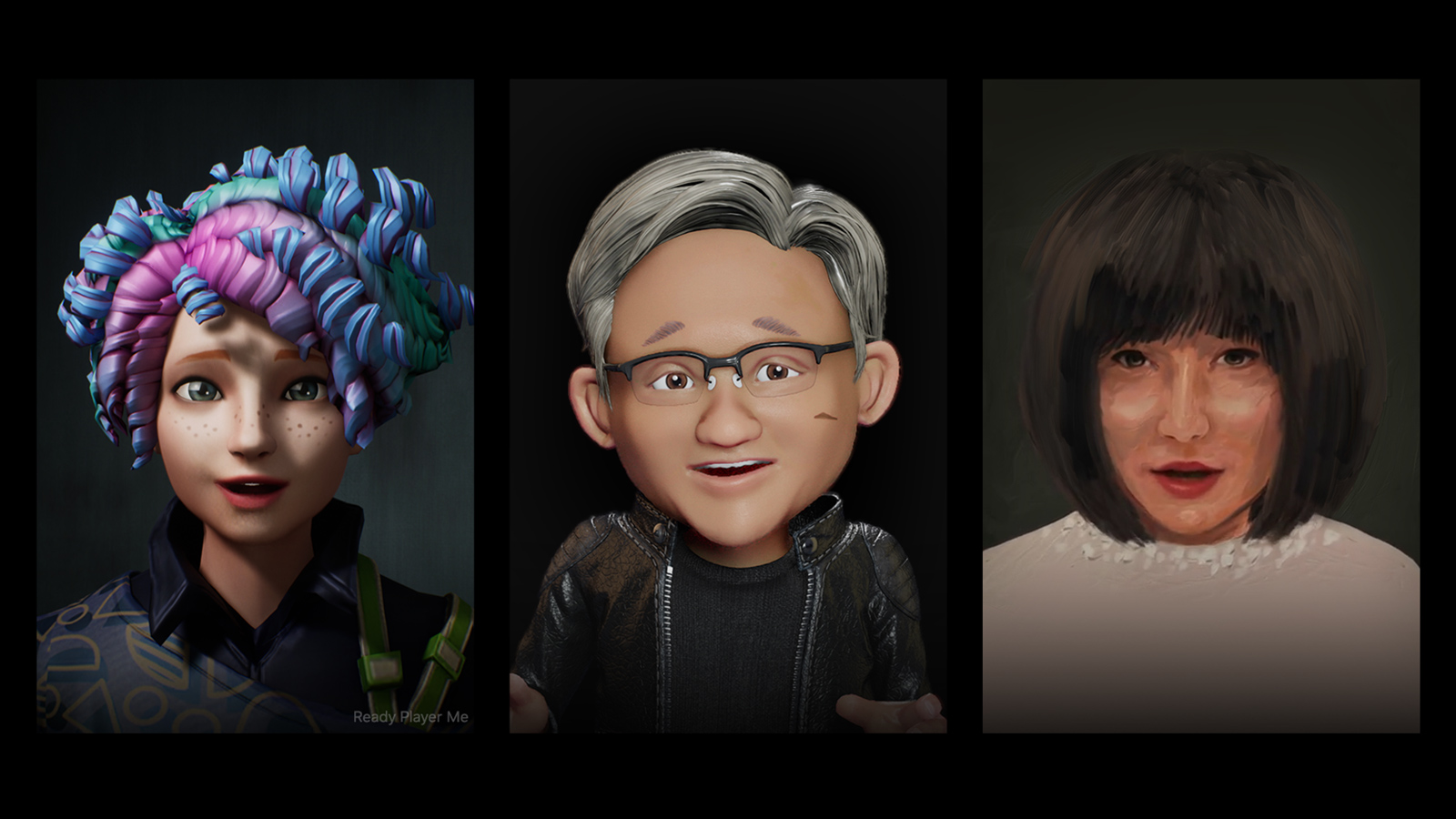 Furthermore, a new release for Blender (available in alpha) will allow you to use AI tools more easily. Thanks to the new Blender addon, explains NVIDIA, “one-button operation from Omniverse Audio2Face” is now available. Audio2Face is an AI-powered tool that generates realistic facial expressions from an audio file.

Another new panel within Blender is aimed at scene optimization. NVIDIA explains that the goal is to “lets users create USD scenes within their multi-app 3D workflows more easily and in real time”.

NVIDIA also announces an updated AI ToyBox: new tools for NVIDIA Omniverse such as GET3D, an extension that car create 3D models from 3D images.
This announcement is not surprising: back in 2021, NVIDIA Research unveiled a research project aimed at converting 2D images to 3D models, and NVIDIA had explained that their goal was to include this feature within Omniverse. —- AI ToyBox is the result of this work.

It should also be noted that developpers will be able to train Get3D using their own datasets.
GET3D will be available in Omniverse Create, alongside other AI projects such as GANVerse3D Image2Car and AI Animal Explorer.

NVIDIA also annoinced that Omniverse Launcher “has been made available to system builders so they can preinstall it” on NVIDIA Studio-validated laptops aimed at 3D creators. This is, of course, a double-edged sword: on one hand, this will allow NVIDIA to increase their user base, on the other hand customers might not always like preinstalled software.

Last, but not least, NVIDIA also discussed two other tools.