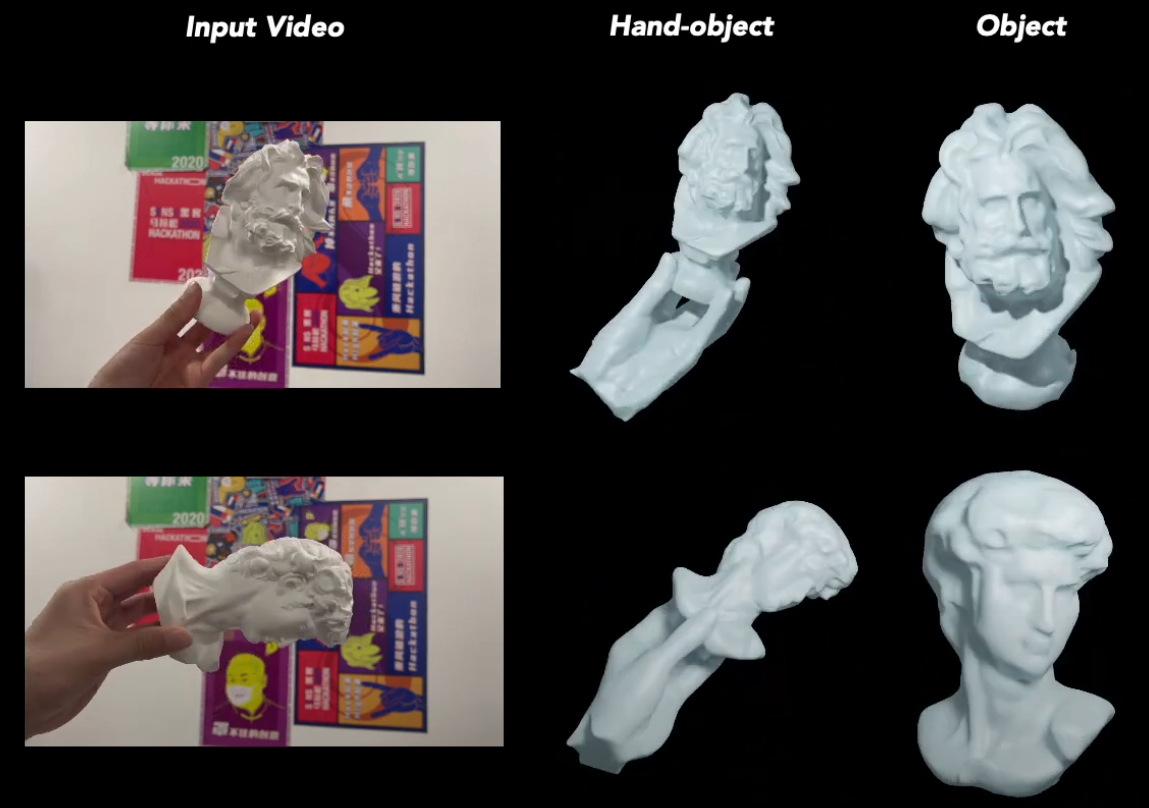 Accueil » 3D scans at the reach of your hand!

In the last few years, 3D scanning technology such as photogrammetry, LiDAR or NERFs (an AI-based approach) made huge leaps forward. Creating a 3D scan is cheaper, easier than it used to, and the results keep getting better.

That being said, most techniques are still time-consuming and require some skills. Photogrammetry, for example, requires many pictures.

During SIGGRAPH Asia 2022, which took place last December, we discovered an innovating new approach: hold an object in your hand, film it, and you’re done! This technique will then allow you to extract a 3D mesh of the object. The main advantage compared to, say, photogrammetry, is that there is basically no learning curve. You don’t need a lot of hardware either: your smartphone will be perfect for this task.

The paper, titled Reconstructing Hand-Held Objects from Monocular Video, explains gives us some information about the technique:

Furthermore, three additional modules are proposed by the research team:

The video below will give you more details about the process. A short introduction introduces the project and a few existing techniques. The video then (0’54”) details the new approach, challenges faced by the team and the overall technical process.

The video also showcases (2’55”) a few examples of what can be achieved thanks to this new approach. The results are compared to other techniques. It should be noted that, as showcased in the video, this technique also works on objects that are not textured.

Code and data will soon be made available on the project page: you’ll be able to experiment on your own with this 3D scan technique. We can also hope that this innovative approach will soon inspire tools that will allow a wide audience to experiment and 3D scan objects.